Have you heard my podcast? Listen to the latest episode HERE!

The Purpose & History of Juneteenth

The Purpose & History of Juneteenth

Juneteenth may be the nation’s newest federal holiday – but it has been celebrated in Black communities since the 1800’s. Observed on June 19th, the holiday commemorates the date the last slaves were freed in Texas – which wouldn’t be until two years after President Abraham Lincoln issued the Emancipation Proclamation. Known to some as the country’s “second Independence Day”, Juneteenth is a celebration of hope and freedom for the Black community.

The History of Juneteenth

Juneteenth (short for June 19th), commemorates the effective end of slavery in the United States. On June 19, 1865, federal troops arrived in Galveston, Texas, to take control of the state and ensure that all enslaved people were freed. This event happened nearly two and a half years after the signing of the Emancipation Proclamation. Juneteenth honors the end of slavery in America and is considered the longest-running African holiday. On June 17, 2021, Juneteenth officially became a federal holiday.

Confederate General Robert E. Lee had surrendered in Virginia two years prior to Juneteenth. However, slavery remained nearly fully intact in Texas – until U.S. General Gordon Granger stood on Texas soil and read General Orders No. 3: “The people of Texas are informed that, in accordance with a proclamation from the Executive of the United States, all slaves are free.” While the Emancipation Proclamation established that all slaves in Confederate-controlled areas were freed, it did not apply to rebel areas under Union control or slave-holding border states. In Texas, slavery continued on – in fact, many enslavers from other states moved to the Lone Star State for this reason, seeing it as a safe haven. On Juneteenth, we honor the lives of these slaves, as well as the resilience and fighting spirit of the Black community.

The Purpose of Juneteenth

For Black Americans, Juneteenth exists as a celebration of our culture as well as a testament to how much our people have endured. Juneteenth symbolizes a day of true freedom for the Black community – something that Independence Day cannot offer us, as Black people were not free nor considered to be people during this time. July 4th does not mark independence or liberation for all people. Juneteenth is a day that represents these things and allows Black people to celebrate their resilience as well as the progress and change they’ve created in the world. The current system is not perfect, but it has changed due to pressure from Black people and their drive to create their own change and rise above oppression. That is something worth celebrating.

If you’re looking for more content regarding diversity and inclusion, anti-racism, and Black history, check out my social channels and my blog. You can also check out my podcast, The Jali Podcast, at this link. Thank you for reading!

Have you checked out my podcast ? 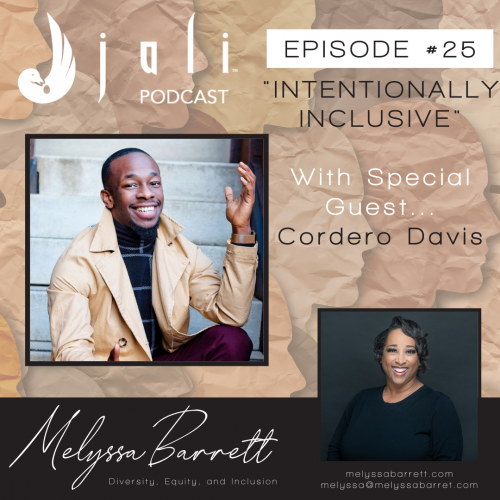